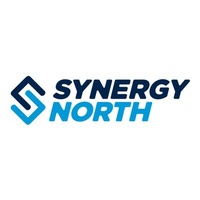 SYNERGY NORTH is responsible for servicing electricity to the City Of Thunder Bay and the City of Kenora. We build, plan & maintain the power line system for the two cities and provide 24-hour emergency response.

We are a Northwestern distribution company proportionally owned by the City of Thunder Bay and City Of Kenora. We are managed by the SYNERGY NORTH Board of Directors , which consists of eight (8) members appointed by City Council.

History
SYNERGY NORTH’s history dates back to the 1970’s, when it was amalgamated from Fort William and Port Arthur, into Thunder Bay Hydro. The City of Kenora and Ontario Hydro agreed to form the Kenora Hydro Electric Commission back in the 1960’s. Kenora Hydro became officially incorporated in the year 2000.

In 2019, Thunder Bay Hydro and Kenora Hydro merged into one company, which we know as SYNERGY NORTH today.

Our Vision
SYNERGY NORTH is people working together, providing services of the best value and quality to our customers.

Our Values
At SYNERGY NORTH we are committed to continually improving our level of service to all of our customers whether it is internal or external.

We treat all individuals with respect, fairness, trust and dignity.

We strongly emphasize our commitment to safety, training and respect for the environment.

SYNERGY NORTH will make an effort to develop and implement leading edge technology to benefit our customers.